Chickahominy Power is a component of a diversified and reliable supply portfolio for Virginia.

The Need for Power Generation Diversity within Virginia

Over the past few decades, Virginia has been among the fastest growing economies in the United States due in large part to its business-friendly regulations, low cost of doing business and balanced labor laws. Reliability and affordability of energy has been a significant driver of those advantages. A well thought out bipartisan energy policy helped ensure energy rates remained competitive.

With advances in technology, renewable sources have become a part of the energy supply mix to varying degrees throughout the United States. Virginia too has experienced growth in renewables, largely via solar energy due to an historic absence of meaningful wind energy development.

Renewable resources have a place in a diversified portfolio of generation resources necessary to support economic growth.  However, regardless of the pace of replacing older and less efficient fossil based generation with renewables, until significant advances are made in energy storage technologies, renewables will be impacted by their intermittent delivery. Reliable advances in storage technology in terms of cost and scale are perhaps decades away. Therefore, it is critical to recognize the importance of options within the supply portfolio. Diversity of supply provides balance critical to the delivery of reliability and economics to the marketplace. Over reliance on any single generation supply source, renewable, fossil or nuclear, introduces uncertainty and risk to the sustainability of economic growth going forward.

Chickahominy Power is being developed as a component of a diversified and vibrant supply for the Commonwealth of Virginia and the broader geographic region it helps support.   In selecting Mitsubishi’s 501 JAC class turbines Chickahominy Power will be deploying the most advanced technology in the world, delivering reliable power with an emission profile far below all Federal and State emissions regulations. Moreover, the same turbines can also accommodate the recently announced ability to use up to 30% hydrogen as a “green” fuel. Chickahominy Power plans to utilize this capability as and when reliable and affordable sources of ‘Green H2’become commercially available.

You can learn more about the remarkable technological advances being made by Mitsubishi by watching this video: https://youtu.be/DSmhW2d9N4A

Chickahominy Power is proud to play a role in ensuring that Virginia continues to advance toward a less carbon intensive but diversified supply of highly efficient and reliable energy needed to propel its economy into the future.

Dominion Zone is one of the fastest growing zones in PJM 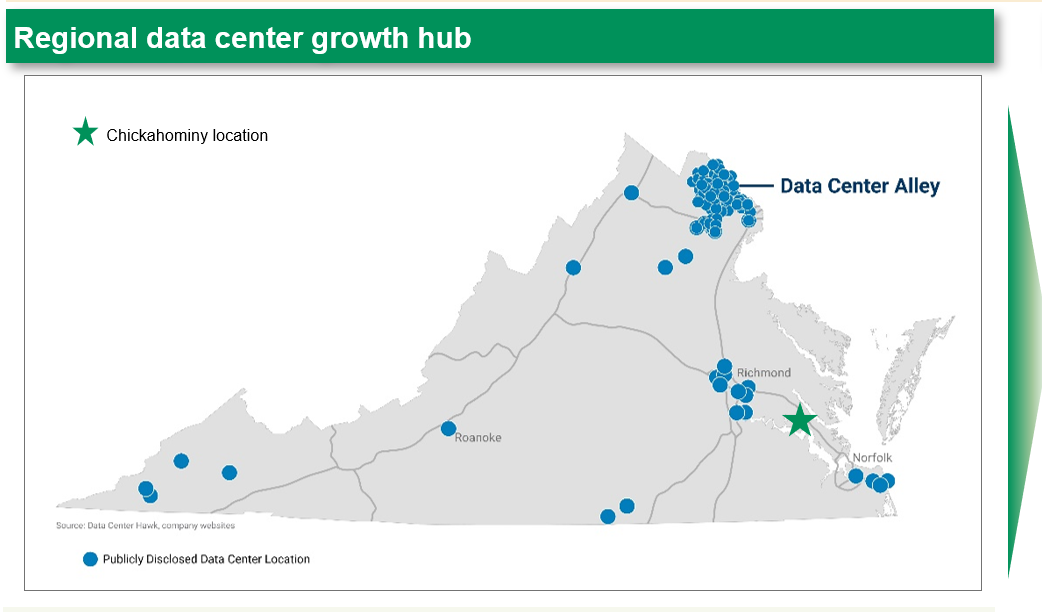